Kumbh Mela, the largest peaceful gathering of pilgrims on earth, has made it to UNESCO’s list of Intangible Cultural Heritage of Humanity. 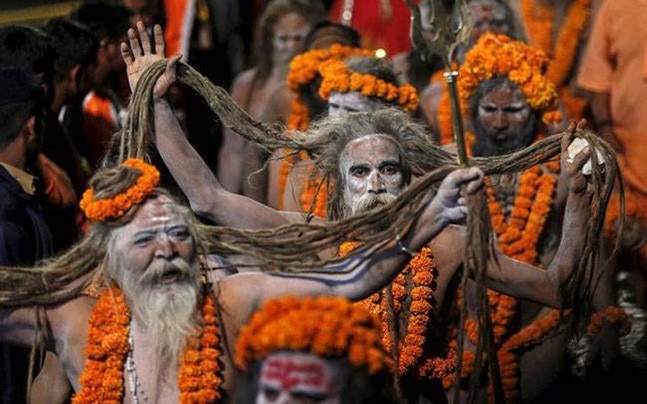 Kumbh Mela, a famous Hindu festival, has been added to UNESCO’s list of the Intangible Cultural Heritage of Humanity.

On a rotational basis, it is celebrated once in three years at four different ghats – Haridwar, Ujjain, Nashik and Prayag. Given the math, Kumbh Mela returns to each location after a span of 12 years.

From Nagas to devotees, Kumbh witnesses millions of spectators and is also known as India’s largest religious gathering.

It is also said that the water in the four sacred rivers turn into nectar during the Kumbh Mela.

UNESCO added Kumbh Mela to its list of Intangible Cultural Heritage of Humanity during its 12th session held at Jeju, South Korea from December 4 to December 9, 2017.

Kumbh Mela is also the largest peaceful gathering of pilgrims on earth.

The festival attracts millions of devotees and celebrates its history without any discrimination. It teaches tolerance and inclusiveness to the contemporary world.

The festival was appreciated for supporting human rights due to its equal behaviour towards every attendee without any kind of discrimination. An expert body, which recommended the nomination of Kumbh Mela, said that Kumbh will always maintain its continuity as it is an event where Guru-Shishya parampara is given preference. During Kumbh, saints and sadhus teach their disciples about traditional rituals and chants and pass on their knowledge to the newer generations. Why Kumbh Mela is celebrated

Devotees believe that the holy water which turns into nectar during the mela has the power to wash away their sins.

The legend has it that during the battle between demigods (Devas) and demons (Asuras) over of a pot of Amrit (the elixir of immortality), a few drops fell on earth, one the four sites were Kumbh Mela is now celebrated since the belief is that the drops of elixir made the four rivers pure.

10 Surprising Things about the Kumbh Mela That You Probably Did Not Know!
Next Article
Made with ♥ by Digital Socio © 2018 Semvault Technologoies Pvt Ltd. All Rights Reserved
Loading...
Loading...